MAGISTRATES THROUGH THE LOOKING GLASS 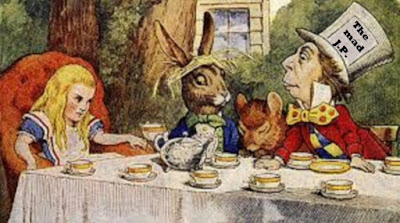 During my seventeen years on the bench I warned only five defendants or witnesses of the slippery slope of contempt of court on which their mouths or actions were leading them.  In all cases a brief period in the cells was enough for them {or with their advocate`s advice} to see some sense and make verbal or written apology to the court.  Magistrates in Westminster who are used to dealing with high profile cases  apparently released on unconditional bail until next year,  defendants who refused to identify themselves or provide addresses.  Just how did they and presumably their legal advisor allow this to happen?  It seems those defendants have succeeded in making a mockery of the justice system.

Contempt of court is governed by the Contempt of Court Act 1981 s.12.  A magistrates` court has power to deal with any person who wilfully insults the justices, any witnesses before the court, any officer of the court having business before the court either during a sitting or in going to or returning from court.  In addition the Act applies to anyone who wilfully interrupts the proceedings of the court or otherwise misbehaves in court.  IMHO not providing information legally required by the court constitutes contempt.

This was IMHO  a grave error on the part of the bench and if some legal expert considers differently then we must face ourselves in the looking glass and wonder how we have lost sight of reality and are living in the world of Alice.