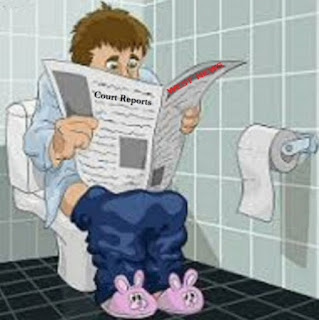 On November 17th I alluded to magistrates` courts reporting in local media.  And as is the way of coincidence two local west country newspapers yesterday  published short reports of of such proceedings which, whilst brief and in one case apparently incomplete, demonstrated the sometimes hard to fathom decisions of two local courts.  It is more than likely that those reading these reports will take more realistic impressions of such things than viewing  any so called expert on T.V.