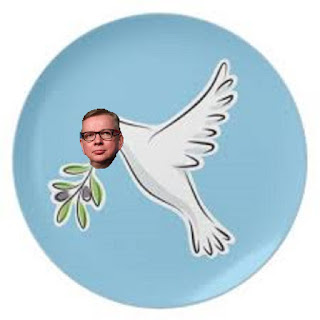 Much has been made of the estimated fifty magistrates who resigned earlier this year in protest against the imposition of the criminal courts charge.  Indeed I ceased sitting some weeks before I was officially given the boot so that I would not have the dubious privilege of having to actually make the pronouncement of that iniquitous charge. It was in his address to the Magistrates Association on the 3rd December  that Mr Gove declared the impending death of that charge. But perhaps as an after thought, yesterday in the House of Commons he announced a welcome back for those Justices of the Peace who had resigned  and who would now wish to return to the bench.  This is an unprecedented action.  It will be interesting to see just how many accept in the spirit of Christmas his offer of the judicial olive branch.