THREE ANONYMOUS DEFENDANTS AND THE WALLS OF JERICHO 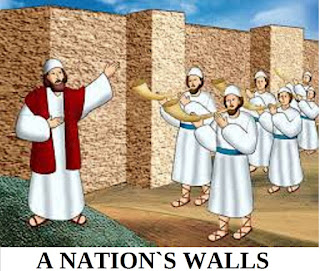 On November 9th I posted on three defendants in a high profile case of public disorder being given unconditional bail despite their refusal to reveal their names or addresses.  Indeed a trial date had been set after their not guilty pleas.  It is not all that often that I am in 100% agreement with comments offered by the Daily Mail but in this matter I agree 110%.  The decision is an affront to justice.  The CPS under its current boss Allison Saunders  has come under severe criticism recently here and elsewhere.  After the death at the weekend of Lord Janner who was suspected of child abuse she will have to decide whether the trial of facts in his case will go ahead as scheduled.  She will be damned if it does and damned if it doesn`t.  She  has lost all credibility.  She should go whilst she can still summon some dignity and allow an outsider to cleanse the stables.

The walls of Jericho did not suddenly tumble at the first sound of Joshua`s trumpets.  The initial vibrations caused minuscule crumbling of the lower reaches of the structure where there were minute weaknesses in its stability.  They were imperceptible at first. It was the continuous application of the trumpet blasts that eventually were of such resonance that when the eventual collapse happened it was all over fairly quickly just like the sinking of the Titanic.  The institutions of a state are not dissimilar.  A once homogeneous society is now described as multi ethnic. An island nation in north west Europe is now part of the "European Project".  I offer no opinions there but I castigate those in power who realised full well when the regulations and law were adapted to allow  such to happen that our society would be forever altered and yet such predictions were withheld from the general public being realised only by the few who could read the runes.

The recent history of the CPS, the political football being played with and by the police, inappropriate influences within education,  the increasing and uncontrolled power of the executive and the Bolshevik manoeuvring of the left wing shadows behind Her Majesty`s Loyal Opposition are akin to the crumbling dust at Jericho.