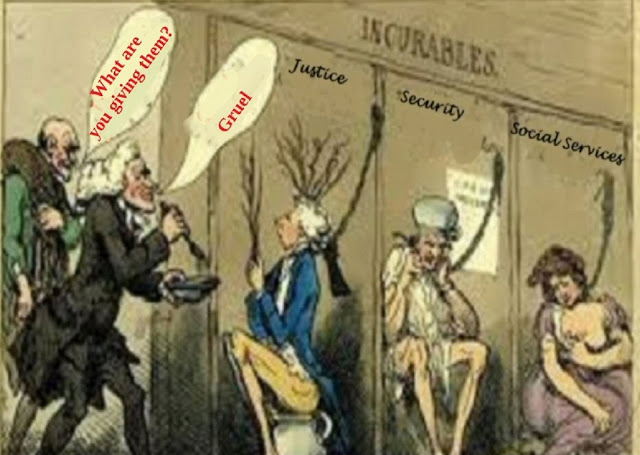 It seems that whilst Manchester Constabulary is chasing around looking for a man with a cucumber down his lycra shorts [The Justice of the Peace Blog January 5th] its detectives are arsing about and unable to deliver CCTV evidence on time, as instructed,  to the crown court.  Whilst this gross inefficiency merits reporting the underlying problem is nationwide in the lower courts also.  Constabularies are forced to reduce the number of warranted officers and so outsource too many jobs.........it seems at London triple murder this week outsourced personel were unable to dig garden when people went missing owing possibly to lack of funding!  Similar problems exist in the social services and NHS.  Scrapping Trident won`t help but a more efficient tax system for multinationals wouldn`t be a bad idea nor would it do any harm to syphon off more money from banks.

If the lunatics are not yet running the asylum they`re certainly knocking on the door.