MCKENZIE ARE NOT ALWAYS FRIENDS 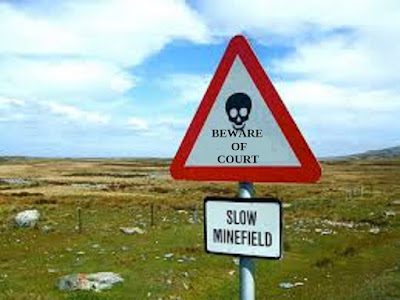 I would imagine that any J.P. with ten years on the bench would have had a McKenzie friend before him/her. The following is copied from Wikipedia.

A McKenzie friend assists a litigant in person in a court of law in England and Wales. This person does not need to be legally qualified. The crucial point is that litigants in person are entitled to have assistance, lay or professional, unless there are exceptional circumstances.
Their role was set out most clearly in the eponymous 1970 case McKenzie v McKenzie. Although in many cases a McKenzie friend may be an actual friend, it is often somebody with knowledge of the area, and the trend is heavily in favour of admitting McKenzie Friends. He or she may be liable for any misleading advice given to the litigant in person.

My own experiences of such people is mixed.  Some were clearly not up to the task whilst others thought they could be a latter day Cicero.  What I did not realise then was that the McKenzie Friend  was not necessarily a friend or benevolent assistant but could be a paid professional.  There are in fact twenty three such people offering their services in the courts. With the limiting of the availability of legal aid it doesn`t take the mind of a latter day Nostradamus  to predict that demand for such services is likely to increase. Indeed the scenario reminds me of the time when teaching assistants began to be employed in the classrooms of primary schools.  Their duties will be limited. They won`t be actually teaching the children we were told  but will assist in ancillary tasks eg ensuring books are open at correct page, distributing items when ordered to by teacher etc etc.  The introduction of PCSOs, parking wardens inter alia was preceded by similar assurances and we know now that such roles have expanded steadily in order to contain costs when authorities have considered that these lesser educated and lowly paid people could be exploited to undertake their seniors` work.  The results are only too well known in the justice system when non lawyers now prosecute for the CPS and probation staff are struggling to stand still with their workload and outcome figures are not to be trusted.  McKenzie Friends` activities are now under scrutiny by the Law Society.  At one time there were solicitors. Now to join them are legal executives and para legals.  It won`t be long before McKenzie Friends follow the trend of self aggrandisement and become more common in the well of the court.