CRIME AND LACK OF PUNISHMENT 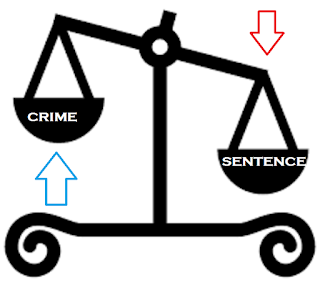 Despite the introduction of sentencing guidelines a decade and a half ago it can probably be said that no two cases are the same and certainly not the outcomes.  Indeed within the same courtroom I have in the past had to remind colleagues that each and every case had to be assessed on its individual circumstances and that there is no such thing as a judicial size fitting all.  It is, however, interesting to note the dissimilarities between two matters where assault was committed using footwear as the weapon.  Firstly the charges were of different magnitude; grievous bodily harm or unlawful wounding and common assault.  The former unprovoked attack  resulted in serious injury and after a guilty plea the offender was sentenced in the crown court to 18 months custody suspended. The latter case before High Peak Magistrates resulted in 10 weeks custody suspended for the assault by a man on his pregnant girlfriend who was approaching her due date when the assault took place.

The second matter reminded me of a case over which I presided when the male in a relationship dragged his heavily pregnant partner by her hair to the top of the stairs in the house they shared and pushed her down those stairs.  We were astonished at the undercharging by the CPS and had no doubt that he deserved and received our maximum sentence of six months immediate custody.  With the cases reported above only those in court know the full extent of mitigation offered but on the surface it does appear that the crown court judge might have been feeling particularly benevolent that day.  The case in the lower court does IMHO raise more awkward questions.  Did the CPS under charge?  Did the bench feel apprehensive about immediate custody owing to "advice" from the legal advisor?  If a man can strike two or three times the back of a woman`s head with presumably a reinforced work shoe and that woman  is near to giving birth  and still not receive immediate custody just where are we going with crime and punishment?