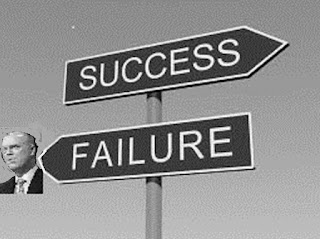 Along with most other legal commentators or observers this blog was highly critical of the previous government`s Justice Secretary, one Chris Grayling AKA currently as the Leader of the House.  I think it is fair to say that few legal big wigs made any great criticism of his activities whist he was in occupation of the woolsack.....at least in public.  He brought nothing less than havoc to the criminal courts, the magistrates` courts in particular, by the imposition of the criminal courts charge last April.  He tore down the national probation service in an effort to substitute  payment by results from outsourcing companies who have predictably and contrary to their original assurances proceeded to reduce the workforce but at a cost in all probability  of reduced effectiveness in what is now a two tier probation system.  He presided over a walk out of barristers who demonstrated outside the very courts in which they were scheduled to appear and who thus prevented proposed cuts to their fees. Against all advice and common sense he introduced curbs on the books which prisoners could have in their cells.  He contracted to a joint venture on their prison system with Saudi Arabia.  All these proposals bar the changes to probation have been rescinded by Michael Gove.   Earlier this week he scrapped proposed changes to the legal aid contracting scheme for lawyers.

Rarely if ever has there been such a disassociation and repudiation of one cabinet minister`s actions by his successor of the same party. It is beyond belief that he occupies a front bench position in the House of Commons.  It is little wonder that politics and politicians are held in contempt by the general public when such  failure is rewarded.

Farmer offers Â£2000 reward for information after arson destroys barns Posted on 05th November 2014
Crimestoppers offers reward of up to Â£5,000 for information leading to arrest of convicted murderer on the run ukcri.me/61586 Posted on 08th April 2015
Do you know where Dale Peppard is. ukcri.me/62551 Posted on 08th July 2015
Failure Demand Posted on 07th January 2013
Crimestoppers offers reward of up to Â£5,000 for information on attempted robbery of disabled Gateshead man Posted on 04th February 2015
Police offer Â£5k reward for information which leads to the discovery of Bogdan Nawrocki body Posted on 18th June 2014
Anger and disappointment as Police Negotiating Board registers failure to agree on police pay proposals Posted on 27th July 2011
PROBATION REFORM AND McKENZIE FRIENDS Posted on 04th October 2016
Man charged with Vauxhall incident remanded in custody Posted on 17th June 2014
Lose Those Insulating Ranks Posted on 15th April 2014