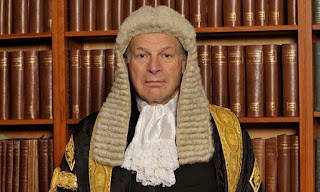 There was a time long ago when my respect for judges was almost unbounded.  Successive incidents, announcements, actions and inactions  and pronouncements have eroded that respect. The result and conclusions of Lord Levison`s effort to control the freedom of the press were the antithesis of the basis of a free society and gave this blogger at least the impression that the senior judiciary is marching to a popular tune far removed from its original melody. In April last year Lord Neuberger, the President of the Supreme Court no less made headlines which stated unequivocally that a foreign non religious culture should be able to supervent the requirements for impartial secular, non denominational court proceedings in this country.  It seems his lordship`s thinking processes are not to be relied upon. Last week he had a change of mind.  Now some changes of mind are welcome when a situation or a basis for consideration is altered to such a degree that not to alter an opinion is simply foolish. But nothing of fundamental value has changed in the question of whether witnesses in court should be allowed to wear a veil. Nevertheless he has issued a new statement in The Times 30th January (behind its paywall so scanned below)  telling the world that his previous utterings had been "misunderstood".  Misunderstood!  Are we to believe that the President of the Supreme Court could not make his thinking processes clear to mere mortals?  Are we to believe that this man at the top of his profession; a profession which daily decides upon the machinations of those angels dancing on pinheads, could allow himself to be misinterpreted?  There are only two outcomes.  If we believe then confidence in his position is eroded; if we disbelieve confidence in his position is eroded. 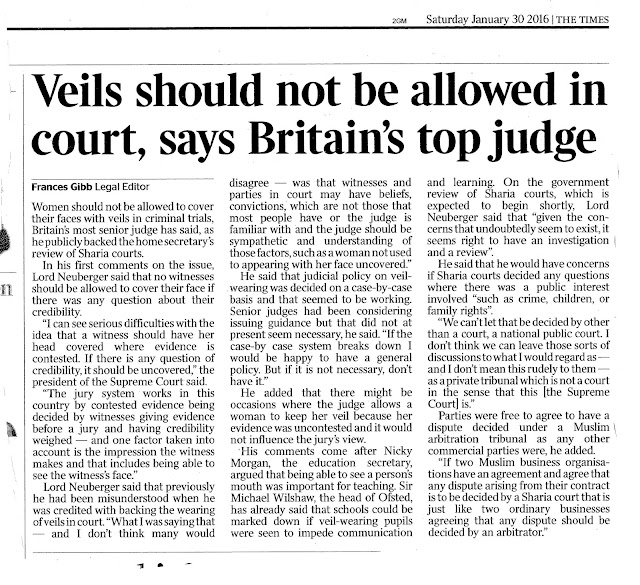