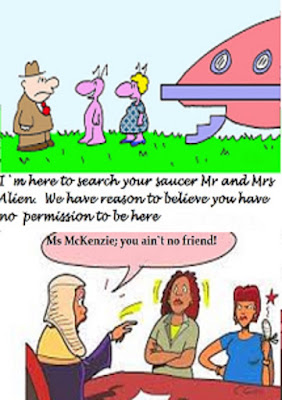 The MOJ has just released a correction to figures previously given for weapons confiscated in crown and magistrates` courts for the last three years including the year just gone. As the press release indicates,  "The increase in the number of weapons taken from people as they enter Crown Courts between 2012/13 and 2014/15 may be due to the implementation of more robust training for Court Security Officers; improved rates of recording for the taking of such items and improved searching of people entering Crown Courts".  This is all well and good but what charges if any are laid against those people whose items have been confiscated?  It appears that just over 16,000 pieces of hardware were confiscated from magistrates` courts last year.  Assuming that there are about 200 such courts operating that means that 80 individuals were discovered with prohibited items at each court building for 2015. Is this a number for which HMCTS should be congratulated or criticised?  I just don`t know.  What I do know is that security within the courtroom leaves a lot to be desired.

Around a  couple of years ago the form in which police applied for a search warrant was expanded considerably.  Benevolently interpreted it allowed for more scrutiny by a J.P. or District Judge or from another point of view it reduced the possibility of police exceeding their powers such a development being of assistance to officers who were treading a fine line in their actions under previously worded warrants.  A rebranded organisation Immigration Enforcement has sent this information to all magistrates. With that in mind it is interesting to read the changes in guidance  for officials executing such warrants; a named suspect does not have to be written in.  Personally I never dealt with even a single warrant of that nature.  This new guidance seems rather less than satisfactory.

And finally a comment for the second time in a couple of months on the subject of McKenzie Friends.  The removal of legal aid for so many was bound to drive increasing numbers  of defendants into the outstretched arms of unqualified "know it all" friends with offers of assistance........for a price. We`ve seen it all before with teaching assistants who now don`t assist but teach; PCSOs who now don`t just support but are allowed to undertake much more than originally envisaged; traffic wardens are now civil enforcement officers with much increased powers.  Surely this dumbing down of expertise must end somewhere?  The slapping down of payments to McKenzie, I`ll help you for a hefty payment, Friends would be a suitable place to begin.