IS ANOTHER COURT CLOSURE A PRELUDE TO ELECTORAL SUPRISE? 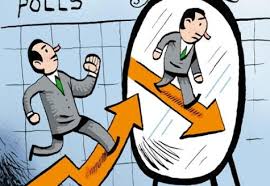 The feeble attempts of apologists of our so called local system of summary justice and its representation in those local courts by local representatives seem to continue despite the events actively moving in the other direction.  A clear example is the continuing programme of court closures.  Just as that single swallow doesn`t make a summer a single court closure doesn`t exemplify a policy but the recent announcement of the imminent closing of Calderdale Magistrates Court is but the latest in the current series. From the report it might be assumed that this is yet another last minute decision.  With budget cuts on those unprotected departments including Justice the fabric of public policy in this country is being deconstructed.  The incompetence and arrogance, for what other terms can be used, by those making such decisions is beyond belief.  Presumably they consider that a Corbyn led Labour Party will be in the electoral wilderness for so long that they can make some Conservative hay while the sun shines on them.  I just wonder whether there will be so many disillusioned Tories in 2020 that the impossible might happen and a rabid Marxist led party might surprise all the psephologists. Perhaps that is why there is consideration today on effectively re-nationalising the steel industry or part of it.