THANKS FOR THE MEMORY//A MEMORABLE SITTING REMEMBERED 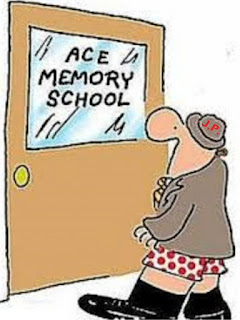 From time to time during my "active" years there would be a sitting that was just made to be the subject of a post but owing to pressures of time and other matters never got past the "for future blog?" folder.  The following is one.

I suppose for colleagues who sit the minimum number of times ordered by the Chancellor; a half day every two weeks, many sittings remain in the memory by virtue of their relative rarity. For me and others similar being fairly frequent sitters by virtue of the courts` demands and our availability many such sittings drift away from the conscious mind after a week or two; many but not all. Such was a Friday 13th last year noted in my diary as being certainly unlucky for some who were before us. Our listed trial had completed early and we were feeding off the crumbs of Court 1`s table.First there was Mr A. who was brought in on a warrant having failed to appear for his DV trial the previous day when surprise, surprise he had been found guilty in absence of common assault on Mrs A. Mr A. was no youngster experiencing the pain of early marital difficulty. He was 47, about 5ft 8â€ and looked extremely capable of delivering a good right hand to anybody who crossed him and that included members of the bench as when he was asked to identify himself he launched into a tirade re recent events. Our L/A whose feistiness sometimes erupts prematurely from her 5ft nothing frame was perhaps a bit premature in threatening him with all manner of judicial retribution but eventually he answered the question as to why he had failed to attend with the bland statement that he had got the dates mixed up and anyway didn`t their honours know that the previous year a jury at Crown Court had taken only ten minutes to find him not guilty of inflicting GBH on his wife. When asked whether he had more to say than getting his dates mixed up he shook his head. He grudgingly agreed also that he had received due notification of the hearing in addition to being in possession of his bail form. He denied that he had heard the previous bench`s warning of â€œtrial in absenceâ€ a note of which was in the court file. Our position was made clear by the L/A who told the court that we could re-open the case and set a date for a retrial or proceed to sentence. We decided on the latter course. This pronouncement fanned Mr A`s fuse which had been slowly igniting. His objections became a tirade against all present. The chairman gave a nod to the very efficient usher who called for a security guard just prior to seeing one through the glass door panel going past in the corridor outside. She opened the door to request aid. So far Mr A`s violence was confined to the English language. Our usher returned and whispered to our L/A within our hearing that owing to our courtroom not having a secure dock SERCO would not attend. The chairman said that that was the prime reason why they must attend. Mr A had quietened down for a minute. He probably heard the usher saying that the SERCO person had told her it wasn`t in â€œthe contractâ€. After a hurried conversation our L/A announced that the court would be transferred to Court 2. For those in the know Court 2 had a secure dock. We retired. Later the usher told us that Mr A had not answered the tannoy and was not in the building. A warrant was issued not backed for bail.

And then there was Elijah. He had pleaded guilty to obstructing a police officer in the course of his duty by refusing to be searched for drugs. Strip searched at the police station he had been pharmaceutically clean. He was twenty two years old, handsome with smooth black skin, had a perfect smile of perfect teeth and was athletically built. My female colleague whispered that with looks like that he should have been a film star advertising toothpaste except he wasn`t in Hollywood, he was in court and he had two pages of previous consisting mainly of theft, criminal damage and possession of Class B. He had experienced everything the justice system could offer except imprisonment as an adult. He was asked in simple terms to mitigate although as soon as he began to talk it was apparent he had the intellectual and verbal skills to match his appearance. When he had finished the chairman commented that it was truly ironic that having many convictions for possession he was standing in the dock for refusing to be searched when he had nothing on him. He smiled. He had been in police custody since 2.00am that morning so we deemed his Â£50 fine served but imposed half the CPS costs plus surcharge. On being told the money was due there and then he replied, â€œNo problemâ€, smiled a perfect film star smile at my female colleague and was directed to the payment office. I think my colleague was still blushing when we left the building.