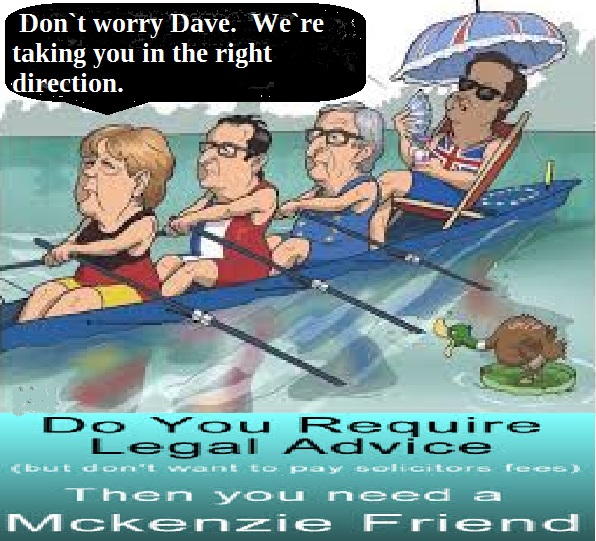 We are all from time to time guilty of deception.   The phrase mutton dressed as lamb (1811) originally  referred to women trying to pass themselves off as younger than they were in order to deceive men.  A group of so called McKenzie Friends has been trying to convince cash poor defendants that their so called members can substitute for lawyers.  Naturally enough solicitors and barristers have an opinion on this topic and surprise surprise they are not very happy.  I am in total agreement with them.  The substitution of true professional expertise by low grade ancillary workers has been common place in this country since State Registered nurses were taken from wards to classrooms to learn their trade.  They were followed by teaching assistants who now teach, Police Community Support Officers who are pressurising under funded constabularies for increased powers and others following similar pathways the object being to do the job more cheaply with supposedly no reduction in efficiency as perceived by the public.  When government is involved as is usually the situation the civil service press officials spew endless paragraphs of the benefits to accrue to the public purse by the aforementioned radical changes.  Both the Bar Council and Law Society have made clear their opposition to McKenzie Friends being allowed to seek payment for court advocacy.  Of course this opposition has gathered pace with the unavailability of legal aid for the vast majority of lower paid defendants in both criminal and civil matters.

It is not too much stretching the argument to conclude that the British public`s apparent disdain for all the so called expert opinion on the dire consequences of Brexit is a direct result of government of all shades belittling the position of "expert" in so many spheres of life the previously mentioned just a few.  If expert professional attitudes and opinions are disregarded so frequently why should they be given a hearing just because on this occasion it suits government wishes and policies?