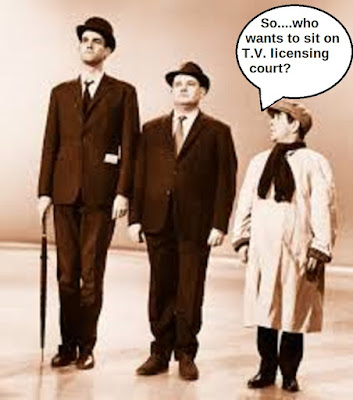 The Senior Presiding Judge has recently published his update on reform.  His remarks on the future working of J.P.s will be of interest to them and others who consider that a bench of three is a safeguard for justice to be seen to be done.  On the other hand there is no doubt that many very simple uncomplicated offences eg to which the good judge makes reference can be very boring for two wingers who generally nod through their approval. His statement where it matters is copied below.

"I heard from a JP, who has been involved in the trial of the Single Justice Procedure at Lavender Hill Magistratesâ€™ court. He reported that, during the course of 2 hours, when he sat alone with just a legal advisor to assist him, he was able to â€œfly throughâ€ many different types of traffic cases. He asked whether there are plans to extend the procedure to other types of crime.
The Single Justice Procedure is now in use at 31 locations across England and Wales for cases as diverse as vehicle-related crime (including from the DVLA), TV Licensing and some Transport for London prosecutions. A number of other authorities have expressed a strong interest in using the Single Justice Procedure, and a statutory instrument was laid in Parliament before Easter to enable a range of bodies such as Local Authorities, the Environment Agency and Train Operators to utilise this option. The scheme will be extended in this way over the next few months.
The JP suggested that some Magistrates would welcome the chance to undertake this work at weekends. HMCTS is considering different sitting patterns, but weekend sittings are not currently envisaged, not least because of the costs."
With  rumours that the government is considering outcomes with the magistracy reduced to 12,000 by 2020 it is more than likely IMHO  that single justice benches will be expanded as will the number of District Judges(MC) whose cost would be covered by the reduction in the payments of magistrates` expenses.  My prediction is that eventually, say by 2025, a J.P`.s role will be limited to cases where custody is not an option.