THE JUDGE WHO PRAISED A CHILD KILLER 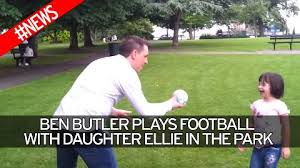 Another father has been jailed for killing his own young daughter.  Nobody can feel anything but profound sorrow.  Apparently there has been an inquiry into how this evil man was granted custody.  This time it seems that the usual suspects were blameless.  The agencies involved did all they legally could to protect this unfortunate child. It would appear from reports that the judge involved in awarding this future child killer custody had been advised of his violent history and in her judgement went further than the law required in ensuring that all agencies and personnel involved with the child be informed of his absolute innocence of a charge of violence against his daughter for which he had been previously jailed.  The judge retired very recently; so recently that it was just three weeks before the killer went on trial.  Perhaps that was a coincidence; perhaps not.  Investigation by the Judicial Conduct Investigations Office cannot now take place.  Earlier this year it became policy that police officers could not escape investigation for misconduct because new regulations prevent their retiring or resigning to avoid dismissal. In the very sad case of Ellie Butler with the words of her grandfather who cared for her for several years and who predicted her coming to harm  surely it behoves those with the authority to enquire into the perverse decision of Mrs Justice Hogg to return Ellie to the care of the man who killed her.

HIGH COURT JUDGE//JOB FOR LIFE Posted on 30th June 2016
Boy Praised For Calling 999 After Fire Posted on 30th July 2014
Oswestry and Ellesmere firefighters praised in awards ceremony Posted on 14th June 2013
F*cking savagesâ€¦ Posted on 14th September 2012
No, This is a Judge Posted on 26th February 2013
Milly Dowler killer Levi Bellfield to launch appeal bid Posted on 08th February 2012
Suicide verdict on killer Raoul Moat Posted on 27th September 2011
Five boys all under 15 charged with rape of a child under 13 Posted on 07th August 2014
â€˜Donâ€™t judge me!â€™ â€“ judging, the past and the present Posted on 27th July 2011
Dale Cregan trial: Guilty verdicts in trial of police killer and others Posted on 13th June 2013