UNDERCOVER POLICING GUIDANCE OR ANOTHER EXAMPLE OF BRITISH PRAGMATISM 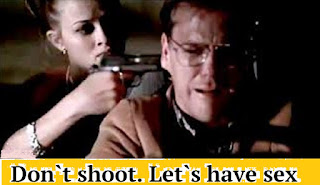 Today the College of Policing published its Undercover Policing Guidance.  Criticism of police methods working outside regular parameters has been intense particularly regarding officers who had been revealed as having had sexual liaisons and indeed children with those who were supposedly under surveillance.  The detail in the 80pp document is such that it constitutes a ready made policeipedia of the subject and with so many hurdles to be overcome by all involved it would not be surprising if there is a lack of applicants for all levels of supervision and activity.  One section which should not be overlooked is on pp54 which I copy below:-

"If a UCO engages in unauthorised sexual activity for whatever reason (for example, they perceive an immediate threat to themselves and/or others if they do not do so) this activity will be restricted to the minimum conduct necessary to mitigate the threat. In such extreme circumstances UCOs must record and report this to the cover officer at the earliest opportunity. The authorising officer will be informed immediately and the circumstances investigated for welfare and training purposes".

There cannot be many such official documents even in draft form where an employee is instructed to have sexual activity when his/her life might be in danger and such sexual activity seems to be the only way to mitigate the threat.

Before and especially subsequent to the referendum people here and abroad wondered what was so special about the British.  I just cannot imagine such a document being issued to members of the FBI, the SuretÃ©,the FSB or even the Stasi in what was East Germany. Once again this is a classic example of British pragmatism.