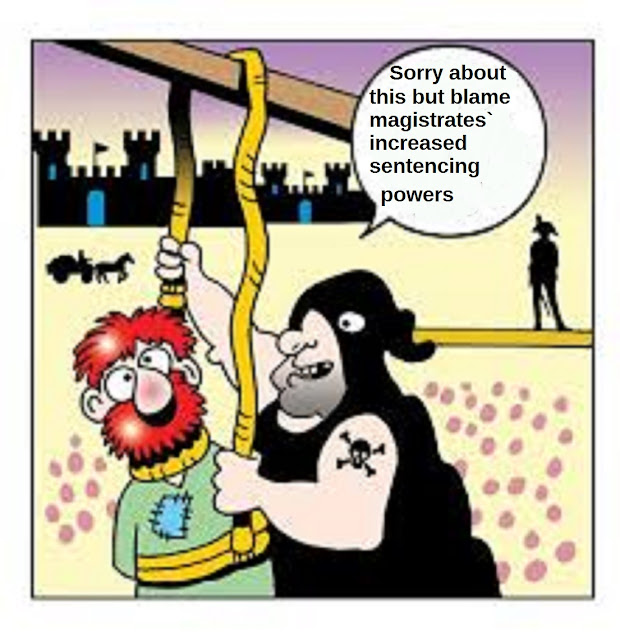 Yesterday the House of Lords debated the question of whether or not magistrates` sentencing powers should be increased to twelve months.  The noble exchanges were a perfect example of a "yes but if perhaps" session.  Or to put it more succinctly, the proxies of the irresistible argumental force of the Magistrates Association met the immovable rock proponents of the Howard League.  The debate concluded surprisingly enough with mild and lordly disparaging comments on the issue of magistrates varying tags imposed on offenders to allow them to take holidays.  Presumably their lord and ladyships were unaware that the significance of tagging was to ensure that the terms of a curfew were met.  Indeed this ignorance was underlined by the comment of Lord Smith of Hindhead, "Can the Minister update the House on recent talks with the Magistratesâ€™ Association to help close this loophole?"  We, of course, know that there is no such loophole and that a bench has the power to vary the terms of a curfew upon application so to do.  Whether any decision of that nature has been ill advised is another matter. In addition the Magistrates Association of course is powerless to change the law. The debate is available here.