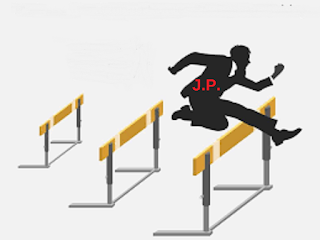 I am now a retired magistrate on the supplemental list.  Contrary to my non use whilst active, since my retirement I have used the J.P. suffix but very occasionally on my letterhead when I have considered it appropriate so to do for personal or business reasons.  Having survived the potential wrath of the powers that be for six years as a blogger I was surprised to note that a fellow J.P.  retiree   on the same supplemental list has been sacked. Being a  not infrequent reader of the Judicial Conduct Investigations Office website I cannot recollect any previous case similar. With scant information available detailed comment is impossible but it does demonstrate that even for old codgers there is a point at which actions or behaviour become unacceptable to the authorities.  Having had some letters published in The Times using the J.P. suffix as an indication of interest in the legal matter under discussion I note also the reprimand handed out to an active magistrate whose apparent failure to self censor or sub edit her letter to a national newspaper has put her in judicial hot water. My third and last comment on recent activities of the JCIO concerns a J.P.  who used the suffix when making a character reference for a party to court proceedings. This case is particularly poignant for me personally.  One of my closest and most scrupulous former colleagues, a barrister,  was removed from the magistracy for a similar act.  A supporting statement for an individual involved in legal proceedings has only as much significance as the personal, intellectual, social and/or moral standing of the supporter. The now forgotten terms of passport application attested to this.  It is my humble opinion that such an action which has caused this J.P. to be found guilty of misconduct is perfectly legitimate within reasonable caveats and is undeserving of the permanent debasement of his magisterial character.

For many years I have considered that magistrates who are part time unpaid junior members of the judiciary are required to jump  tougher behavioural  hurdles than judicial civil service   employees.  These latest statements reinforce that opinion.