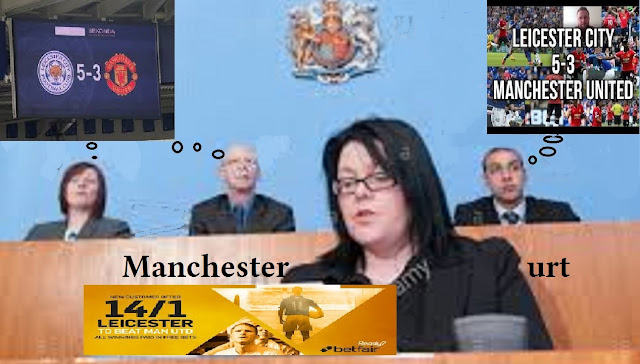 Once again those running football are in the news because of their greed rather than their ability.  Magistrates` benches, unlike football managers,  are ideally constituted for diversity in all its forms; by sex, ethnic origin, by age so that their decisions might be as representative as possible in our diverse legal areas.    At my appointment potential Justices of the Peace had to declare their membership or not of a masonic lodge and their political preferences but that no longer applies. In one sector they are not selected by this variety all sorts approach to justice. They are not mandated to declare their allegiance to a sports team; rugby or football; cricket or hockey.   So in theory in a tight city like Liverpool or Manchester where if there is allegiance for J.P. footie fans  it is between two football  teams and it is not inconceivable that all three members of a bench could support the same team.  Now what happens if that team loses on a Monday night especially to its local opposition and three supporters are on the bench the following morning?  Now, dear reader, you`re wondering if I`m slightly off my head as well as off topic.  Researchers at Louisiana State University in the USA have asserted that juvenile offenders, particularly black offenders, were handed harsher sentences when the university`s football team lost especially when that loss was unexpected.

I wonder if too clever by half criminal lawyers will line  up this possibility of sporting despair when advising convicted clients of their chances on appealing sentence especially if sentence was by single District Judge..