LOW VALUE SHOP THEFT IS SUMMARY ONLY OR IT SHOULD BE? 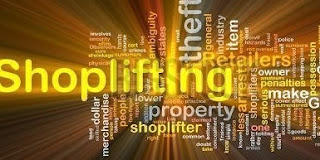 Sometimes one is faced with a situation so obvious to the observer but apparently to nobody else that there is hesitation in even mentioning it.  Such was my reaction today on reading of a trial by jury for a supermarket theft of goods to the value of Â£20.79.  Although new guidelines came into operation since my retirement from the bench it was my opinion that in such a situation this offence should be  treated as a summary only offence in accordance with section 22A of the Magistratesâ€™ Courts Act 1980 where the maximum is 6 monthsâ€™ custody.  However this is subject to one exemption; an adult defendant is to be given the opportunity to elect Crown Court trial; and if the defendant so elects; the offence is no longer summary and will be sent to the Crown Court (new section 22A(2))

With many offenders thinking in error [or persuaded so to do by their lawyer] that juries are less likely to convict than magistrates is this exemption not a waste of time?  Low value theft should not allow for election by a defendant. It should be summary only.....end of story.