LATE NIGHT PISS UP IN CHESTER 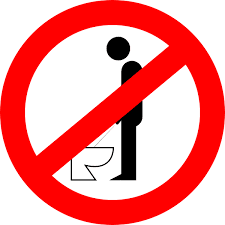 There are some factors in the ladder of life that hit home only when one reaches the upper rungs. One of the most telling is the apparent shrinkage of the human bladder. In common with many of my generation I have found that when one is away from home and notices the proximity of an apparently clean and well ordered public lavatory one makes use of the facility whether or not in urgent need. Most J.P.s have adjudicated on cases involving this ultimate human requirement to urinate in inappropriate places. Rarely in my experience have offenders been of the retired variety: more often than not they have been of the young and inebriated variety. They can be summonsed on a variety of charges and sometimes one can but feel the utmost sympathy for such individualsâ€¦â€¦.there but for the grace of god go I. The provision of town or city centre facilities when the pubs close is variable to say the least as are the obviously unpleasant results of such variability.
Chester City Management are trying to civilise the situation within normal shopping hours whereby the public can use the facilities at various retail establishments without the need to purchase anything or to be made an object of embarrassment. But all is not free flowing and unfortunately for late might revellers the story is not quite the same. But instead of being in the dock at the local magistrates` court a few years ago the powers that be  devised an out of court disposal that they hoped would act as a deterrent to future bladder incontinence; a walking tour of those areas favoured by late night public excreters. It seems that disposal has been disposed of. But the great British, in this case, Chester public, doesn`t take such discomforts lying down.