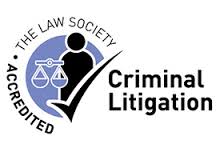 During my time on the bench the main use of video appearances was for bail applications from remand prisoners.  Virtual courts are now common place as I understand.  What I hadn`t realised was the burden upon defence lawyers when such procedures are in place.  Law Society guidance published earlier this year is quite an eye opener.  Just as landlords and estate agencies under recent legislation have had thrust upon them a duty of establishing a prospective tenant`s right of abode in the UK or hospitals` requirement to undertake similar checks on foreign patients the onus has been placed upon lawyers to ascertain situations with which they might feel less than comfortable or indeed competent. When these additional tasks are combined with the meagre fees of legal aid it is no surprise that there is a danger of the process being given less than 100% attention.  The explosion in numbers and responsibilities of "agencies" at arms length control of government and duties placed upon third parties in order for said governments to evade direct responsibilities is a blight on all of us.