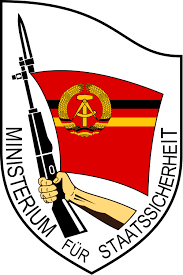 It was widely reported that a specialist shop selling accordions was robbed recently.  Yesterday the local police force appealed for any witnesses to come forward.  All very simple in our current world. But a closer look at the reports and it is revealed that the robbery took place about three  months ago. The appeal for witnesses is based upon newly released images from a CCTV camera.  NEWLY RELEASED!  Why has it taken all this time to produce images which with the passage of time are unlikely to wake up a dormant memory. Any regular attendee at a magistrates` court trial will have experience of police failings in this regard; lawyers and J.P.s most of all.

It is common knowledge that the U.K. is the country in the world most subject to surveillance by CCTV.  It`s a paradox that such over capacity is used so inefficiently especially by those who clamour to increase its coverage of all that we as citizens undertake as the regular activities of our normal law abiding lives.  Perhaps such overseers should hire ex members of Stasi to improve their performance or watch that superb film The Lives of Others.