THE SCOURGE OF OFFICIOUS POLICE OFFICERS 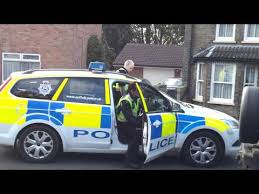 On September 15th I suggested that the only way to curb the use of mobile phones being used by drivers was a first time offender being banned for three months.  However I also pointed out that if police forces were so under manned that fewer patrol cars were in our towns and cities to catch offenders then no deterrent would be effective. But in that metropolis of Grantham where the farm animals probably outnumber the humans it seems police were right on the spot to achieve another collar by their devotion to duty in reporting for prosecution a driver unable to clear a windscreen because the fluid bottle had run dry.

I am amazed at myself for feeling so outraged when I read the report.  Surely by any standard such an offence.......no other offence seems to have been committed.........warranted a simple warning from police.  Indeed the bench could have used its discretion in the level of fine.

I recollect an incident when I had recently begun working professionally and my car at the time was a very old and a bit rusty Mini Cooper S in mechanically perfect condition but with some mickey mouse door decorations stuck on by a previous owner.  I was stopped by a police car whilst well within the limit (30MPH) and after the usual questions on ownership, insurance etc I was made to test every single aspect of the vehicle so an officious bastard of a young cop could check if everything from warning lights, to brake pedal, to handbrake,  to seatbelts, to steering wheel, to brake lights, to indicators,  to windscreen washers was working effectively. They were. His face took on the appearance of one miserable so and so as if he were fourth in line for three free cup final tickets.  He kicked my front off side tyre and returned to his vehicle.  The fact that I remember every minute of that stop so long ago indicates the effect it had on me.