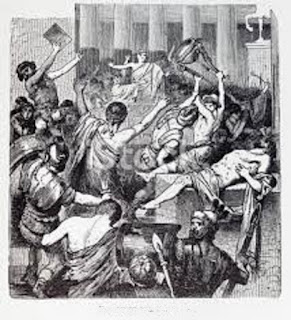 Chickens coming home to roost; hoist by his own petard; getting his just deserts..........these idioms and more just cannot do justice to the story of a local council deputy leader in Scotland.  Rarely, if ever, would a tale a year old be worthy of comment but boy oh boy this one is a lesson for all those whose influence and power however limited is distanced from those who elected them. It`s a very long very thin thread but it stretches from South Lanarkshire to Washington D.C.

Mr Jackie Burns who was responsible for the closure of all the public lavatories under the control of his council was caught short and by the police one Saturday night last year.

From Louis XVI by South Lanarkshire via Keith Vaz to Donald Trump and others yet to be discovered disregard for the plebs will bring the downfall of the patricians. One can only hope their trajectory will be shallow enough to allow replacements to secure the future.