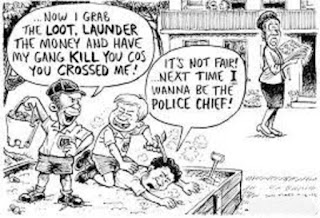 From time to time since this blog`s inception I have commented on the way in which police, particularly senior officers, treat their own with favour when it comes to cases of alleged misconduct.  The message from senior politicians over the years seemed to have finally gotten through when recent changes to rules allowing resignation to signify the cessation of misconduct proceedings  allowed for such hearings to be continued unless there were exceptional circumstances.  The Government introduced a bar on officers from leaving the force before misconduct investigations in an amendment to police regulations which came into effect in January 2015. It did not apply to ongoing investigations. According to Police Professional  in July, a report revealed that half of officers facing gross misconduct investigations in the past two years resigned or retired before their cases were heard and of the 833 officers added to the 'disapproved register' by forces in England and Wales in its first two years, 416 left before their cases were resolved. Of the 369 who left in the year between December 2014 and November 2015, 202 were dismissed, 147 resigned and 20 retired, while in the 12 months from December 2013, 215 were dismissed, 219 resigned and 30 retired.

The ages old proverb of giving the devil a finger and he`ll take the whole hand is nowhere to be excelled by British police chiefs. The rather loose wording of the rules has been employed recently by Cleveland Constabulary in the case of former PC Kelly Jarvis. A spokesweasel from the force was quoted as saying, " In some cases officers are allowed to resign prior to a misconduct hearing where there are exceptional circumstances. "This is one of those cases where there are exceptional circumstances and after careful consideration the officer has been allowed to resign.â€

At a time in our history when "experts" have been discredited, when the risk of many sources of terrorism is increasing, when public failures of police investigations and subsequent cover ups  are regular news items, when multi millionaires finance  attempts to curb a free press  it is nothing less than essential that so called police chiefs do more than merely pay lip service to being open to the public on all aspects of their responsibilities.