A JUDGE, A BENCH & A LEGAL ADVISOR 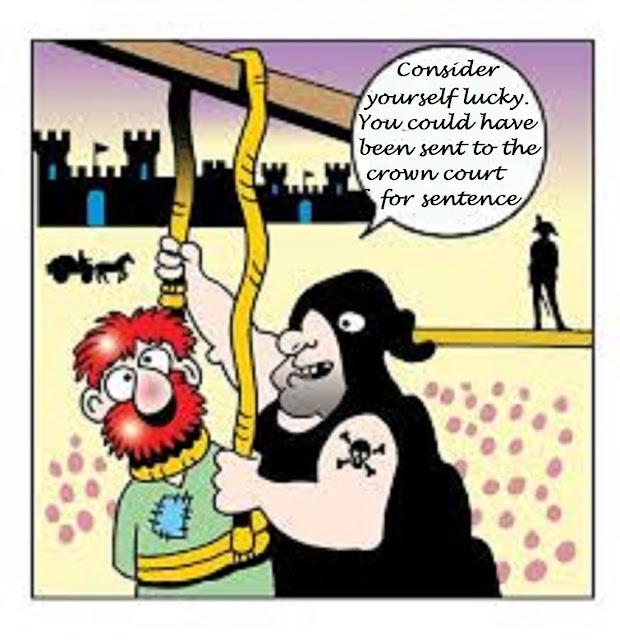 Justices of the Peace are at the bottom of the judicial pecking order.  To be effective they rely on legal advice from a qualified lawyer employed for that purpose by HMCTS. Before any sitting the bench will or should be required to check through the list for that sitting with advice and/or observations from the allocated legal advisor.  That process being done thoroughly should allow as far as possible for the bench to be well aware of any potential awkward, difficult or legally complicated cases about to be presented. In the parlance of a U.S. Secretary of Defence it is a recognition of the known unknowns. Any experienced magistrate can attest to the occasions when these known unknowns enter a grey area where within the law and legal framework of the courts a legal advisor is just that; an advisor where advice given allows for final decision making to be done by the bench provided that it is made within the aforementioned legal framework.  If a bench in its wisdom decides to act against the advice of the L/A it must be prepared for possible consequences. I personally with my colleagues defied clear advice from a L/A during the riots of 2011 when we were told quite unambiguously to send every such connected either way case to the crown court because our powers were insufficient.   We kept one matter and made a pronouncement in open court that we were acting in contradiction of the particular advice from the L/A, herself advised by the Deputy Justices` Clerk as it transpired, and that that would be recorded in her court notes.  She was protected and we were not inhibited from following our oath as we interpreted it.However a recent not too dissimilar case before Coventry Magistrates  led to an unsavoury scenario.
Supplying or offering to supply a controlled drug / Possession of a controlled drug with intent to supply it to another is governed by Misuse of Drugs Act 1971 s.4(3), Misuse of Drugs Act 1971, s.5(3). The sentencing guideline for this offence is a prime example of the labyrinthine tortuosity of the thinking processes of the Sentencing Council. It would have been more honest to provide a real tick box for judges instead of this masquerade of one. But notwithstanding all that it is the judge`s remarks which disturb me. By these remarks, in particular, â€œPotentially this defendant has been denied a really significant right, and that is the right to have a crown court trial in a case where the magistrates should never have retained jurisdiction.â€ she has arguably brought the law into contempt by her scathing criticism however justified it might or might not have been. I would argue that she would have been wiser to have refrained from making those withering comments and to have put them in writing to the appropriate authority because it is inconceivable that the bench were acting without the full knowledge of the L/A.  If, however, that were not the case and the bench`s decision had not previously been conveyed to the L/A both it and s/he have questions to answer. My bench`s actions described above, I would opine, would have been appropriate in this case. Perhaps similar statements were indeed made at the magistrates` court. We do not know. There is no record.

Crown Court judges IMHO do occasionally let their mouths go off before their brains are in gear. This is a sad story for all concerned; the defendant, the bench, the L/A and Her Honour.