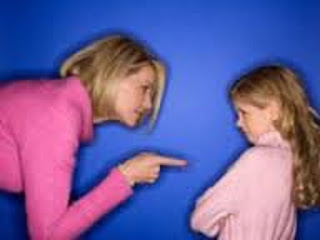 It has been demonstrated that in the first four or five years of life synaptic connections are made in the brain which direct a child`s behaviour for the future..........in fact this process continues past puberty..........and that if clear limits to behaviour are not made during this period it is virtually impossible to impose them at a later time except by enforcing conscious changes by various therapies to protect themselves and to protect the public. And that includes prison for adults or for youths a young offenders institution.
Just before  Christmas and where families include young children, these few days and those just after the holiday will probably have contained events that will be remembered for years to come such is the capacity of children to retain so much of the sensory input to which they are exposed. In evolutionary terms it seems simple enough; if outcomes are forgotten or impeded mistakes could be repeated or positive actions overlooked so reducing the possibility of successful progress to adulthood. A generation ago social cohesion was assisted by low level authority figures being able to tell robust children that certain actions were forbidden or unacceptable and more often than not a lesson in acceptablebehaviour was learnt. When park keepers regularly patrolled the parks, when bus conductors walked the upper deck of the Clapham omnibus, when teachers could keep control by the accurate throwing of a piece of chalk at the child talking at the back of class. Now, owing in a large part to a few very bad and sometimes evil professionals, sadistic policemen, paedeophilic teachers and priests and multi murdering doctors and nurses very often the first time a wayward child is firmly told "no" by somebody in authority, that somebody is a police officer.
Those households which do not enforce reasoned rules and discipline upon their children to immunise them against the effects of "non immunised" children ie their feral untamed peers, face misery. Childrens` bad behaviour is similar to a disease like measles where the "herd" effect of vaccination is paramount in keeping the disease to a minimum level of spread. Currently owing to misguided policies of government over the last thirty years in the fields of law, welfare and education we are in a situation where compulsory "this" or compulsory "that" will have to be employed so that the desirable change in direction can be achieved. Youth offending is perhaps the most depressing part of the Criminal Justice System. To incarcerate teenagers because society and family constraints on bad behaviour have failed is depressing for everyone involved. To avoid this outcome very often the most positive gift a parent can give a child is the meaning of "no".