I apologise in advance if this post seems boring, repetitive or the literary equivalent of banging one`s head against the proverbial brick wall. On the day when the government`s latest release shows the prison population is 84,737 i.e. it is running at 98.15% capacity, continuing tales of overcrowding, three to a cell being common and only a few weeks after the worst jail rioting in decades  an offender appearing at Boston Magistrates` Court pleaded, perhaps not in the normal sense, to actually be sent to prison. Faced with this typical example of an addicted recidivist  stealing at least without violence the bench refused his request. 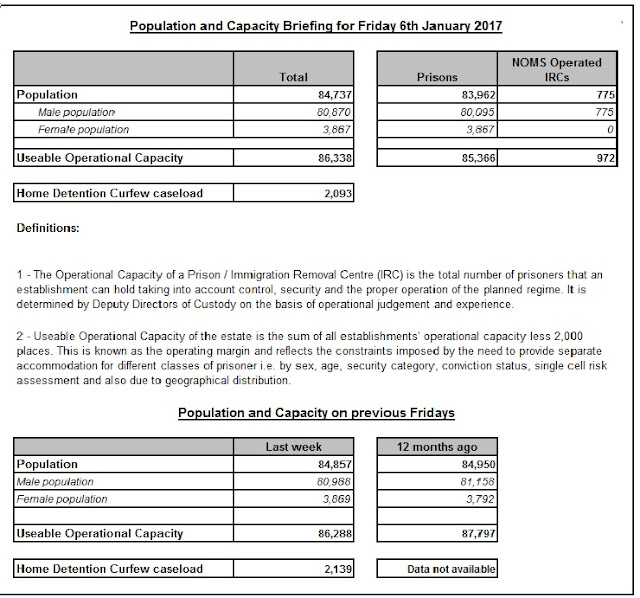 What will it take for the nonces at the MOJ and their supreme commander to grasp the nettle that court inflicted measures are futile for such people?  The system as it is constructed and likely to be for years to come is unable to rehabilitate or detox such as Sergejs Danilevics.  It surely cannot be more costly to divert certain offenders to compulsory medical units. Even the capital costs would be less than building more prisons.

Sometime or other a government will have to face the reality that the current situation is unfit for purpose and that ending of short custodial sentences would do nothing to alleviate the problem which is people not fit for society and not sentences unfit for criminality. Repetition of a failing policy is futile. Possibly attributed to Einstein the following quotation says it all, â€œInsanity: doing the same thing over and over again and expecting different results.â€