INCREASED MOTORING FINES//THEM AND US 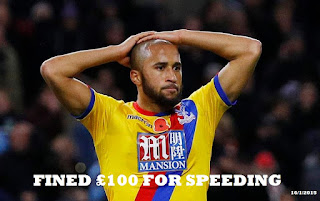 I have previously criticised the principles underlying the Sentencing Council`s Guidelines for Magistrates` Courts insofar as they consist more or less of the much derided tick box method of imposing penalties.  This seems to be a dumbing down of the whole system  as it appears to accept that a lay bench [or District Judge] is not quite capable of using its own logical processes in coming to a decision appropriate to the facts before it. The watchword cited in favour of the Guidelines which are tending to increased prescription is the supposed avoidance of "post code sentencing" i.e. uniformity in sentencing is the watchword.  A similar argument has been used to describe treatments and outcomes within the NHS(postcode lottery). I would opine that all we want as individuals and as a society is the best outcome for each of us in our own individual circumstances.

Notwithstanding the above there has been noticeable public disdain over the level of wages paid to Premier League footballers.  This has been tolerated owing to the popularity of football. However when those elite players enter an environment to which plebs can relate the attitude changes.  Media cannot usually report on the level of tips they give to waiters in expensive restaurants or the amount spent on grooming their dogs but media can report on the cars they drive and the penalties imposed in open court for motoring and other offences.

Speeding, driving without due care and no insurance are amongst the commonest of motoring offences.  Until April 24th the latter two offences will still attract a maximum fine of Â£5000.  After that date courts will have the power to level unlimited fines which will also be available for drink driving. The days when Â£50,000 a week sports stars or city bankers and financiers can leave court having paid a morning`s wages as a fine will be over and a gawping public might feel that there is just a small narrowing of the gulf between "them and us". As Marx almost said "each according to his means".........Karl not Groucho.