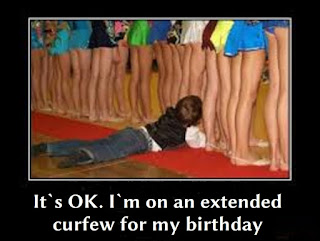 During my time on the bench I lost count of the number of occasions on which I had to remind colleagues, especially those recently appointed, that in addition to the tick box sentencing process and listening to mitigation of offenders we also had a duty of public protection.  Many of these newer colleagues expressed surprise as this aspect of sentencing had never been mentioned during their training sessions. Important as it was and is,  it is not to be confused with public perception.  A bench in  Llandudno has been castigated owing to public perception in its failing to consider public protection.  In this case I fear the perception truly illustrates the bench`s misconceived attitude to punishment for punishment is exactly what a curfew is; a deprivation of liberty albeit without being held within the confines of an institution built for that purpose.

As the clamour increases for rehabilitation to take precedence over punishment for lower level criminality I fear that J.P.s might be enveloped within that  approaching cloud of optimistic benevolent wet eyed mistiness which looks for the good and overlooks the evil.