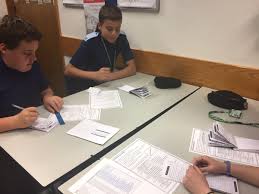 As a newly appointed J.P. it took me a while to absorb the fact that not only was police collaboration in writing up their notebooks of an incident normal; it was enshrined in page upon page of regulation. There is a link on this in the last post I made on this topic a year ago.  My initial thoughts were that within such a system were the foundations of corruption.  Phrases such as "rolling gait", "eyes glazed", and others similar were repeated in police officers` evidence read from their notebooks over and over again. One of the first questions of police witnesses when I first took the middle chair was to ask of them after they were sworn in if and with whom they had collaborated in their note taking.  Some colleagues  found this unusual but appreciated the significance.  It seems that now the Independent Police Complaints Commission has given this situation some thought although by its very mandate serious cases only are under consideration.  Its advice is that conferring should be eliminated.  That it has taken this long to initiate such a common sense procedure should not belittle its significance.  Indeed it should be a stepping stone to similar restrictions in everyday matters where more than a single officer or PCSO is involved.  Public trust in policing cannot be said to be encouraging.  Any factor that improves this without being detrimental to performance is to be welcomed.