CAN BLIND BE JUSTICE? 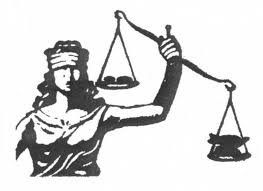 There is much to be commended in this country where ever fewer positions or occupations are barred to people highly qualilfied but with various disabilities. Indeed such is anti discrimination woven into our employment legislation that sometimes it appears that disability is a pre requisite for a particular job.  Often grants from charitable institutions are enhanced for those who are disabled cf candidates without such impediments.

Having thankfully no family members or close friends with disabilities, during my time on the bench it was a privilege to sit with colleagues who were physically disabled in some form or another  and who were determined to set aside their discomfort or pain and get on with the job at hand. However there was not one sight impaired member on my bench.  Having a professional background in the care of those visually handicapped I well understood the limits of such impairment for a magistrate. It was therefore with some surprise that I read last week that a barrister, presumably registered blind, had been appointed District Judge [M.C.]

I wonder if this is just a step too far in equal opportunities however capable the individual.  As a D.J. he will not only be presiding over the court which I can concede is likely to be within his undoubted ability but he will be making decisions on a defendants` guilt or innocence where an inability to read facial expression or body language is going to be a handicap.   Will blind justice be seen to be done in his court? I suppose only time will tell.