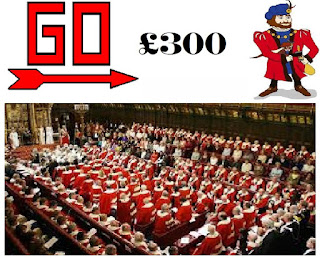 The House of Lords has again been in the news.  Indeed its very existence in its current form is no longer off the wall thinking.  It has been variously represented as being able to offer unbiased by party political protocols opinions reflecting those of the "people".  Its members have also been accused of belonging to a Â£300 per attendance sinecure where there is no conception of the forces operating within the common people. Yesterday was so called International Women`s Day and there was a corresponding debate in the upper house on that topical subject where "The noble Baroness, Lady Corston, recommended that, â€œSentencers must be able to access timely psychiatric reports and fail to remand in custody/sentence if not availableâ€. However, there is an issue in getting these reports as well as a lack of mental health referral places available, so judges or magistrates are likely to remand someone who is in the community and at risk of further offending due to their mental health issues rather than refer them for more appropriate treatment. It is therefore vital that community mental health and other such services are sufficiently secure, in terms of commissioning and funding, to ensure they remain a real sentencing alternative."

Those who actual work within the justice system from judiciary to prison officers via probation service know that there is no adequately financed and operative path to mental health services that is fit for purpose. The noble lords and ladies may sound their trumpets but nobody is listening. Pass GO and collect Â£300.