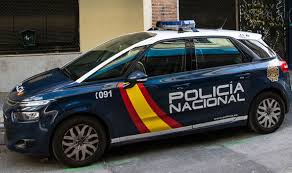 Recently penalties for use of a mobile phone whilst driving have increased. Next month those caught speeding will be subject to increased penalties for their transgressions.  These penalties for this kind of offending are a combination of financial, penalty points or disqualification.  The points system as is universally known allows in most circumstances an accumulation of twelve to activate an automatic ban of six months. The problem with this arithmetic is that many varied offences and their range of penalty points feed into a very compressed system.  Other jurisdictions operate a much more sensible system which allows for a greater degree of flexibility of punishment. An interesting study on a Demerit Points System can be downloaded from here.  In Spain there exists positive encouragement to safer driving.  Points are awarded in various amounts and unlike in the UK deductions are made from that total. It seems logical that a points system, top or bottom loaded, could operate much more efficiently if an accumulation larger than UK`s current twelve were operated. With eg 50 points total, punishments could be more refined and directed to where it hurts most for offenders; the possibility of disqualification.

The Sentencing Council persists with its current tick box approach and seems to overlook simpler and more effective methods of punishing driving offences.