PUFFING MY OWN TRUMPET RE KEITH STARMER 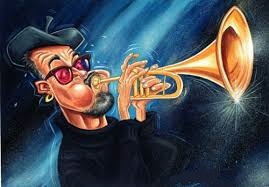 Last night I watched the BBC Brexit Question Time and was none too impressed by the performance of former Director of Public Prosecutions now reborn as a Labour front bench spokesman Keith Starmer. Permitting myself a little puff of prediction on my own trumpet  I commented on 17th March 2012 at this blog`s now defunct previous site [see below]  that Starmer was more suited to a political position than his current one.  It seems to me that selling snake oil door to door to the undeserving poor of Islington with J. Corbyn might be more suitable for his smooth talking but unconvincing talents.


The Crown Prosecution Service has had a fair amount of what I deem justifiable criticism on this site. I am not alone. Earlier this week Her Majestyâ€™s Crown Prosecution Service Inspectorate published its latest report. It does not make comfortable reading and Keith Starmer`s response is more that of a politician than the equivalent of a C.E.O. of a vast organisation. Readers can access the press release here.