A BENCH`S NOSE FOR A POTENTIAL BAIL JUMPER 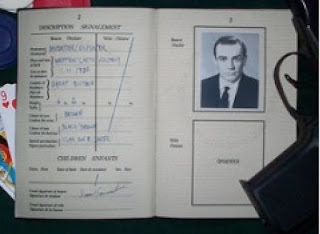 A frequent and most important function at Magistrates` Courts is the question of bail. The starting point for most bail decisions is that a defendant has a right to unconditional bail. Like many of life`s choices sometimes these decisions are more difficult than others. A conversation with a former colleague recently reminded me of a particularly interesting case.
The defendant from West Africa was making his first appearance in court and was represented by the duty solicitor. He was charged with possession of a false identity document with the intention of using it [a passport], an indictable only offence and a false driving license. He had been on police bail since his arrest. When asked in court to identify himself he gave his name as per the court list but a different address. There would be a formal adjournment until his next appearance and the CPS prosecutor was asked if there were any observations on bail to which the reply was, "Your worship he`s been on police bail and turned up today....no objections to unconditional bail." Unsurprisingly his representative agreed. My colleagues and I were surprised. In view of the charge he was questioned about his time in the country and the nature of his "new" address. Two years in England and he pays a friend Â£200/month to live in his flat. He had no documents with him to confirm those details. We decided that we needed more information and instructed the prosecutor to inform the appropriate police officer to make enquiries about the address. By now it was 12.45pm. The defendant was reminded he was still on bail and was told to wait outside the courtroom until he was called back in. Five minutes later the officer returned and the prosecutor told us the address did indeed exist and was above a Chinese takeaway in an adjoining borough. A defendant is rarely questioned directly in a situation like this [bail] when he has a legal representative acting on his behalf. The duty solicitor was told that we intended to ask the defendant upon his return to descibe the location of the address given specifically its position above the Chinese takeaway. The "duty" told us he would intervene if the question[s] became "improper". During this time our legal adviser was of the opinion that we were "overdoing it" with our concern and respectfully told us so. Bail is a magistrates` decision not that of the legal adviser and he apparently contented herself that he had said enough. The usher who was suffering a twisted ankle was asked to summon the defendant. He went outside the courtroom and returned a minute later stating that the defendant was not in the corridor outside and so had made a call over the Tannoy. Knowing of the usher`s difficulties the "duty" offered to scour the upper floors for his client although the Tannoy could be heard all over the building including the lavatories. A minute after one o`clock he returned to the courtroom after confirming the usher had made a second call on the Tannoy. The defendant had absconded! A warrant without bail was issued.

Sometimes the combined legal opinions of a prosecutor and legal adviser are less sensitive to a situation than a J.P.`s nose for the nasty smells emanating from a defendant`s utterings.