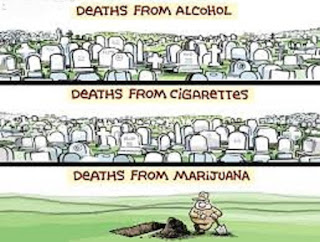 The Monster Raving Loony Party regularly offered voters many improbable benefits if the electorate suddenly became part of that Mad Hatter`s Tea Party.  The Lib Dems from election to election propagate a somewhat similar line. But today they offer a change so frighteningly simple that no previous political party has had the cohones to dare even suggest such an innovation; the legalisation and regulation of cannabis. Of course it will not happen this time but as an unexplored way of raising billions of pounds some chancellor sometime will persuade a prime minister and his/her colleagues that this would be a no brainer.