PUNISHMENT//WHO YOU ARE OR WHAT YOU DID? 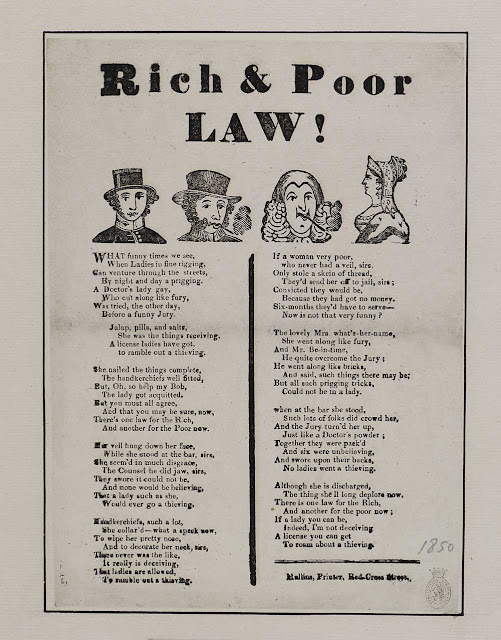 It is not very often that I have urged readers to link to another blogger but the matter under consideration requires an understanding of the legal issues before the philosophical aspect of the case can be considered.  The Secret Barrister has an outstanding reputation. The case of the knife wielding medical student.......there is no knowledge of whether she has qualified with a medical degree........poses fundamental questions.

A few years ago Sentencing Guidelines were modified so that increased fines above the normal maxima could be imposed in place of community orders where appropriate. In simple terms those offenders who could afford it could buy their way to a sentence of lesser magnitude.  It seems to me that a similar principle has been applied in the case of the above mentioned student: substitute academic and social potential for ability to pay and the judge`s reasoning is clear.  My point is that it might be clear to him but were the argument applied wholesale the justice system would be in turmoil. The 18 year old addict from a broken home subjected to abuse since childhood is the opposite side of the sentencing coin. Some would say that s/he should be offered reduced punishment in recompense for his/her  background.  Before Sentencing Guidelines judges and magistrates used their own common sense to decide sentencing for such offenders; both  those offering benefits (current or future) to society and the addicted thug at the bottom of the social heap.  The Guidelines are more or less a tick box exercise. Should rich offenders be able to buy a financial penalty which others could not afford? Should a certain standing in society protect an offender from prison? Should deprivation of all kinds and/or addiction be considered mitigation and an argument for more considerate treatment? In cases of violence drunkenness is on the contrary considered an aggravating factor.  There is also the matter of public protection which IMHO is often overlooked by those who seek to remove custody from many offences and offenders.  In the actual case discussed here the assumption by the judge is that this is a one time offence and public protection is not a consideration.  When news of another stabbing of a girlfriend/boyfriend by a partner or ex partner is concluded by immediate custody for a first time offender no doubt there will be a comparison.

This is a murky area of the law.  It has even darker undertones when who you are takes precedence of what you did.