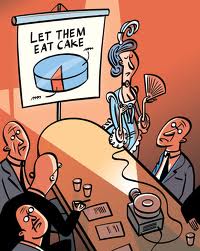 During this relaxing if somewhat chilly  weekend I had no intentions of putting any opinions on line until I re read news of retiring managers and bosses with eye watering pension pots of Â£millions plus often large amounts in shares and stock options. Now in the case of  obviously successful businessmen and entrepreneurs in the mould of Richard Branson or Alan Sugar I would wish such people well to consider the disposal of the results of a lifetime`s risk in creating success. But many such pay offs are to managers, perhaps of exceptional ability, who have increased the wealth of shareholders. Do they and others similar require such astronomical payments to fulfil their duties? Taking an extremely introverted view would Justices of the Peace perform their duties to a higher standard if they were paid a going rate of eg Â£300 daily? I think not. There surely must be a maximum multiplier in any organisation between the pay of the lowest and highest earner related to median salary which produces the incentives for all to achieve their personal best performances? And the corollary is that there also must be a point of departure from an optimum inter salary relationship which initiates envy and consequent inefficiencies from sections of a workforce or population. â€œLet them eat cakeâ€, has resonated for over 200 years. The sentiments are as alive today as they were then. Indeed they form part of the Labour manifesto. It is to be hoped that we have learned to avoid the consequences.