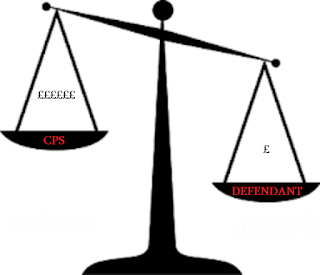 That our courts system is probably near melt down will not be news to any whose knowledge is gained from first hand experience.  From 2010 when the provision of legal aid began to be  strained through a sieve and the closure of magistrates` courts became government policy enthusiastically put into practice by Kenneth Clarke and those who succeeded him there can be little doubt that the concept of the state offering justice for all and a level playing field between accuser and accused has been well and truly abandoned.  Now that the number jugglers are controlling policy government attitude seems to be to drive down costs irrespective of the effects on the lives of ordinary citizens caught up and entangled in the legal labyrinth which begins with police and ends in sentence.  It is therefore hardly surprising that magistrates` courts have seen increasing numbers of so called McKenzie friends attempting to do on the cheap what was previously the responsibility of state funded legally qualified practitioners. I posted my misgivings 4th October 2016 and earlier.  Considering that even a police caution never mind a minor criminal conviction can play havoc with someone`s career or travel prospects some might express surprise that such a situation has come to pass.  On one hand any criticism of a "free at point of use"  NHS invites outrage whilst on the other we have consciously arrived at a point where only a small percentage of defendants can afford to pay for professional legal expertise to navigate the maze of the criminal law.  It is indeed a travesty of justice. Even Corbyn and his Marxist ranting has not broached the topic.  The Tories hope that their core followers are just not interested.

In November 2015 The Rt Hon The Lord Thomas of Cwmgiedd Lord Chief Justice of England and Wales gave a lecture entitled "The Centrality of Justice, its contribution to society and its delivery".  I have copied it in its entirety. I think it`s worth a few minutes reading time.