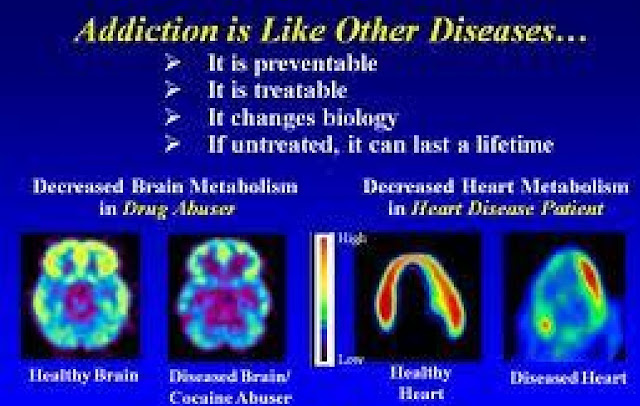 It has been variously estimated that 70% - 90% of violent/anti social and/or acquisitive offending is by addicted individuals whether due to alcohol or class A drugs or a combination of both. Every court every day somewhere in the land a bench of magistrates sighs at its own impotence in being unable to refer the apology of an individual to where he should be referred ie by a compulsory order to be treated in a specialised institution until two psychiatrists consider his release would not be a risk for society. ASBOs, CRASBOS, Drink Banning Orders, Fixed Penalty Notices etc are as much good as an aspirin for terminal cancer.

More than once I have blogged on this gaping hole in our supposed caring compassionate health service. So if you`re obese, infertile, use abortion as a means of contraception, have ears which stick out too much or have arrived here illegally with a host of diseases treatment is free at source. But to suggest that drug addiction and alcoholism be considered as health problems is akin to shouting â€œJesus savesâ€ in a mosque or synagogue. As far as I am aware the costs of treatment for addicts in purpose built establishments would be insignificant in comparison with the escalating costs to victims emotionally and to tax payers in pounds and pence for continuing on the road we now travel.