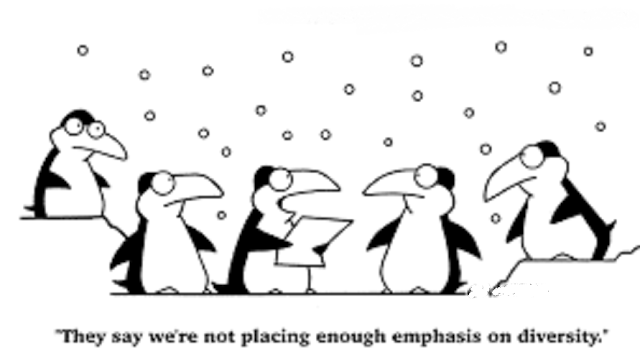 Quite frankly I am sick and tired of, in effect, being part or having been a part of an aged ethnic majority imposing sentences on ethnic minority offenders in excess of similarly guilty white offenders: sick and tired not to say disappointed with the continual implication that the magistracy is unfit to represent the society within which its members have been appointed to serve. Let me make one thing quite clear:- the idea propagated by these critics that local benches should represent local societies no longer holds water. Government by its actions in amalgamating courts and greatly  increasing numbers of District Judges(MC) with no local affiliation and specifically authorising JPs to sit nationwide if theoretically required  should put that argument to rest. Unfortunately it does not.  The same old untruth, or to use current terminology, FAKE NEWS, continues to be used to undermine what used to be an unequalled expression of a voluntary giving back to society of experience, time and knowledge by members of the public with a communal spirit increasingly rare in current life. The quote below is from yesterday`s Guardian.

Penelope Gibbs, a former magistrate and director of the organisation Transform Justice, says: â€œHowever good they are, we need magistrates to be truly representative of the communities they serve if trust in the criminal justice system is to be maintained. We donâ€™t have enough BAME magistrates, and those we have are overwhelmingly middle-class and middle-aged. Where are the magistrates from the Somali, Roma and Romanian communities? Nowhere to be seen.â€

The pusillanimous final two sentences sum up quite elegantly the type of reasoning put forward to pursue this so called argument.  In order to serve judgement upon one`s fellow man [for the politically correct baggage followers the term embraces woman] for a start a high quality of use and understanding of the English language is required.  Arabic speaking Somalis who are here have generally been refugees from a brutal dictatorship over the last two decades. Perhaps the second generation might emerge in the next decade who would be able to satisfy the requirements of appointment.  They would be treated by appointment committees on their merits just as every would be magistrate has been, is and will be  without regard to ethnicity.  Roma by their very culture are not citizens living in a fixed locality although there are exceptions of course. The writer quoted above has nothing but invective to shout about in line with her political cause.  Romanians in this country are by study generally manual workers with ultimate intentions to return to their country of origin. I am, incidentally, of the opinion that the current rules on appointment to the magistracy which do not require British citizenship, require re-assessment.

Be careful what you wish for.  That hackneyed phrase could come back to haunt Penelope Gibbs, her acolytes and those funding her.  There is no doubt in my mind that government generally would be happy to see the function of lay magistrates reduced to only presiding over simple offending eg TV licensing sitting in a back office a hundred miles removed from any courtroom.  The day is not so far away when non locally affiliated single district judges will rule supreme in every courtroom.  Perhaps after so called ethnicity comparisons of their middle aged white composition leads to some disquiet she will rue the time bemoaning a dearth of a bench which reflected, warts and all, the population of towns and boroughs in England.  I personally think warts should be removed from the face of justice  not excluding judges, lawyers, police when warts include those unfit irrespective of race, creed, religion, colour perceptions or so called ethnic diversity. If positive discrimination is at the heart of the argument let it be made openly. That would be an honest subject of debate. 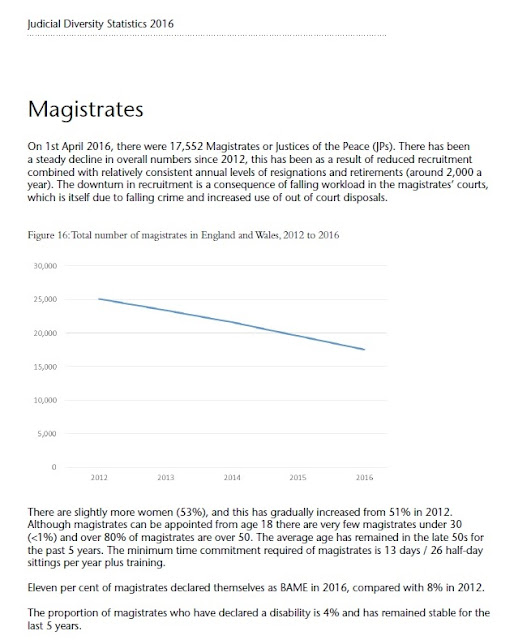