BENCH CHAIRMAN OUT OF ORDER 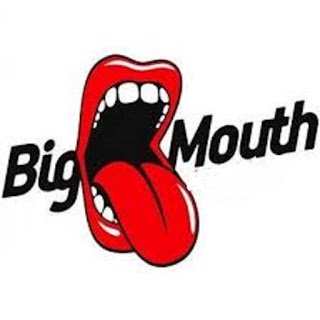 Earlier this week I posted on the advantage of having in England as is the choice in Scotland of a third verdict after trial; namely not proven. Before discussing this further let me make plain the main disadvantage antagonists offer on this subject; the possibility of an innocent defendant being smeared by the underlying assumption that he was really guilty but proof was lacking. I suppose that is a form of an oxymoronic argument.  The advantages on the other hand are seemingly quite apparent. Benjamin Franklin inventor of bifocals and a signatory to the American Constitution in 1776 is quoted as saying, "that it is better 100 guilty Persons should escape than that one innocent Person should suffer, is a Maxim that has been long and generally approved".  Its basic concept has been repeated many times.  My opinion is that that reasoning would be better served by the availability of a verdict of not proven.  Indeed the tale of woe in the last twenty years where the verdicts in high profile trials have been overturned on appeal often after many years in jail for alleged offenders is a stain on the so called high standards of British justice.

Notwithstanding the above I am indebted to a commenter for bringing to my attention this case.  After a verdict of not guilty had been announced the bench chairman Dr Ian Haffenden is quoted in the penultimate paragraph as saying, â€œalthough we think that the defendant may have taken the items, the prosecution has not proved it soâ€. If this were in a Scottish courtroom the verdict would have been not proven and would have been respected as such.  In England, however, it is an absolute disgrace.  The chairman has cast aspersions on a woman his bench found to be not guilty because they applied the test; beyond reasonable doubt.  To confirm their doubt is beyond belief. There is a tradition, I know no better, that even if a decision is split 2:1 a bench must not make that public. This bench chairman should be held to account before the appropriate authority. He was out of order.  However it is unlikely that the defendant will have the wherewithal intellectually or financially to pursue that option.   Indeed it is possible that her relief in being found not guilty will in itself be enough satisfaction for her.

Before I was appointed a chairman I sat often enough to observe not a few occupants of the middle chair who liked the sound of their own voice too much for their own good. I took note to put a five second mental delay before a major input to proceedings and to make that input as pithy as possible whilst ensuring my meaning and intention were clear to all.  That, in my opinion,  is common sense; a requirement for appointment 20 years ago but sadly no longer so.