BENCHES ARE NOT HANGERS AND FLOGGERS 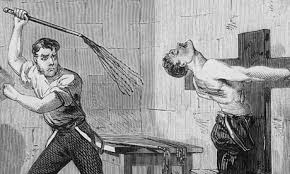 There are single issue lobbyists financed often by wealthy individuals whose purpose in life, in addition to their salaries, is to discredit the benefit of short custodial sentences whilst at the same time to manipulate statistics to indicate that such sentences are failing, expensive and no deterrent to offenders. In addition magistrates are often accused of being too ready to sentence recidivists to immediate custody notwithstanding guidelines being followed. This case earlier this week before Swindon magistrates is an example of what really happens at every similar court every day countrywide. Benches go out of their way, sometimes in defiance of guidelines, to avoid sending offenders to immediate custody.  Indeed such decisions often bring unwelcome criticism from members of the public insofar as they are seen to be "too soft".  With the latest report on the utterly appalling conditions in our prisons a prison sentence must be a test of strength, mental and physical, for many in order to have a chance of rehabilitation. The absolute incompetence of successive Justice Secretaries since 2010 with the possible exemption of Michael Gove, has been a prime cause.  Predictable problems with interpreters, legal aid, probation service, prison officers, police have all contributed to the current position with Theresa May`s six years at the Home Office as much a failure as her colleagues` debacle at Petty France. There`s austerity and there`s foolhardiness.

When a population loses confidence in all that comprises a justice system black clouds on the horizon are just a pre cursor to a storm ahead.

A BRIEF HISTORY OF TIME; NAMELY 12 MONTHS Posted on 05th June 2020
Another One Bites The Dust Posted on 03rd June 2014
BENCH TRAINING AND DEVELOPMENT COMMITTEE AND ITS ELECTION Posted on 07th November 2013
A POLICY IN NEED OF CHANGE Posted on 25th March 2013
SHOULD SENTENCING LEAD OR BE LED BY PUBLIC OPINION? Posted on 09th October 2019
Do you have any hang ups? Posted on 11th February 2013
Not Revolutionary (But Commonsense Anyway) Posted on 03rd February 2013
Two benches sited at Frensham Ponds in memory of DC Heather Cooper. Posted on 30th July 2013
BENCHES GET IT RIGHT Posted on 31st May 2019
Compare and contrast part 2 Posted on 29th April 2014