THE JEREMIAH JUSTICE OF THE PEACE BLOG 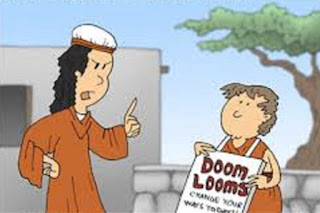 When I was a student the situation re law `n order was on the surface reasonably transparent; you committed an act which for various reasons was considered illegal, somebody called the police and if admitting guilt or found guilty an appropriate punishment would be ordered: simples.  Not any more it is. Councils in liaison with or without police have umpteen powers to enforce restrictions, impose fines, relocate individuals etc all without the orders of a court.  In straightforward language those people who transgress in someway against certain specified norms and who can be wholly innocent of any criminal offence can be subjected to arbritary demands of a council official or police constable.  In most such cases the victimes have not the wherewithall in any worthwhile capacity to resist such orders.  This case is a classic example.  The property does not belong to the council but to a private landlord and no charges have apparently been brought against either of the occupants yet one of them has been evicted.  By its very nature the report is brief but is this really the way our society has developed since the swinging sixties?  Salami slicing of our freedoms is progressing at a frightening pace yet the real issues of today are brushed under the political carpet. For obvious reasons I have more than average knowledge and awareness of what goes on in most aspects of our lives that can even loosely be described as the manifestations of what pass for policies at the MOJ and Home Office. But I ask myself; what is happening within the NHS and associated organisations where I have no special knowledge or within the MOD where aircraft carriers are constructed at billions of pounds over estimates to accommodate planes that don`t perform according to projections, to a railway expansion where those in control deny that the final price will double original numbers and where others insist that its construction is unnecessary and of a governemnt forced into having a referendum which is incompatible with parliamentary democracy the governing party of which chose its least objectionable individual to be our prime minister whose inadequate abilities are now on public display to our collective cost.

Societies do not implode overnight. Blatent anti semitism openly tolerated in the Labour Party is not an instant reacion to Israel`s survival in 1967 or the Entebbe rescue in 1976 both of which were lauded by most people and parties in the West. Drug addiction on its current scale didn`t arise from nowhere.  Private health insurence was unknown for 99% of the population forty years ago.  Nations and their societies are living organic entities; they are subject to continual incremental change.  That process can develop in many directions and each of us can offer some input. That being the case those whom we endow with our votes from time to time have failed us, are failing us and God help us will continue to fail us.  Perhaps I should change the title of this blog to Jeremiah Justice of the Peace.