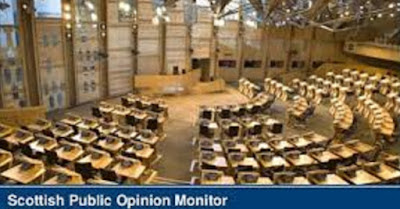 For over ten years sentencers in England & Wales have lived with Sentencing Guidelines. Having been there at the beginning and noting their current manifestation at least as far as magistrates` courts are concerned I am not sorry that according to the MOJ and its rules my time was up a couple of years ago. Indeed I stopped sitting in advance of retirement so as not to have to pronounce on the iniquitous now rescinded Criminal Courts Charge.  The Guidelines in their latest incarnation are a labyrinthine exercise in algorithmic steps leading to a supposedly constant outcome for the circumstances of the offending in every area of the nation rich or poor, town or country, male or female or........oops........best I don`t go there........etc etc. By their very nature and reason for being they have removed almost entirely sentencers` discretion.  Any deviation has to be explained in open court.  Indeed if the present trend continues there will be no need for sentencers at all; it doesn`t take much imagination to foresee that a fully computer controlled algorithmic exercise could take over,  reducing costs and that is the watchword of the MOJ and its partner in crime the Home Office.  Their actions over this period prove that: closing courts, removing legal aid, privatising probation, running down prisons, taking police off the streets, decimating border protection.  I could go on.  Now the people of Scotland are being invited to offer their opinions on what kind of sentencing guidelines they would wish to have in place.  One thing I can guarantee is that they won`t be asked if they want a return to capital punishment even under the most stringent conditions.  My advice to any reading this resident over the border is to take a look at what we have in England & Wales and ask yourself; do you want your representatives on the bench to be hamstrung and for initiative and common sense to be relegated to memories of a bygone era?  You have a wonderful opportunity which we south of the border were not offered. Relish it.  Take it in both hands and offer your opinion.