A SMALL SIGH OF RELIEF FROM PROFESSIONALS 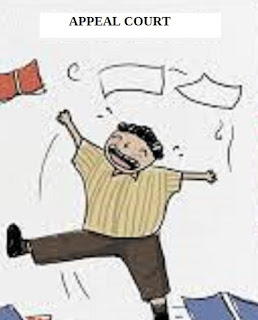 My professional life prior to and whilst an active magistrate was as an eyecare professional.  I must have inspected literally tens if not hundreds of thousands of retinae.  Some of these showed patterns of serious ocular or systemic disease and such patients were referred onwards to appropriate specialists. No doubt it was unlikely that I had not missed at least one case which might have caused serious problems for the patient. I will never know.  What I do know is that I retired with an exemplary professional record as do most eyecare professionals. Therefore it was with some soul searching that I first read of the optometrist found guilty last year of gross negligence manslaughter. There but for the grace of God go I.

Earlier this week the Court of Appeal overturned her conviction. The basic argument for her appeal`s success is reported here in the local newspaper. It seems to me the logic is impeccable.  The parents who lost their child responded with anger; that is their privilege although it does take the form that they were denied their revenge.  My point about all this is that there seems to be implied criticism of the trial judge. It would appear that if he had put to the jury the necessary situation for guilt to be found in the same way as the Court of Appeal it is not unlikely that the jury would have acquitted. And if I repeat my comparison with the Scottish legal system a "not proven" verdict would have been IMHO more than just a possibility.  If my observations are accepted it puts the trial judge in a somewhat similar situation to the optometrist; negligence that requires investigation by the appropriate regulator.  It won`t happen. There will be no public knowledge if any ramifications result for the judge. However for many thousands of professionals a small sigh of relief should be heard loud and clear.