SNAPSHOTS OF SOCIETY WARN OF THE SIRENS 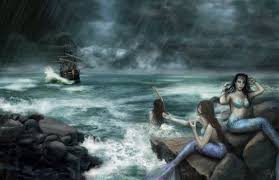 When individual court cases or major malfunctions in NHS or Defence are highlighted in the media the response from officialdom is not unlikely to be words or phrases emphasising that the matter in question was atypical and for x,y and z reasons this department always has the safety of the public or the best interests of society and we have systems to cope etc etc etc.  The failure of such parrot fashion replies and excuses is that we have all been here before; the individual case or incident can be likened to a snapshot which although not giving a running account accurately depicts the vista at a particular time. The awful tragedy at Grenfell Tower is a recent example.  Eighty lives or more could have been saved but for the apparent complete malperformance of many individuals.  There is no doubt that those found guilty of criminal activity will pay dearly with the judiciary given reminder by whispers from on high that examples must be made just as happened after the riots of 2011 although there will never be official admission of such.  Thus this case a couple of weeks ago reported in Court News UK shows more clearly than any statistical analysis just why the great British public has so little faith in government being able to react to the worries and problems affecting so many citizens.

There must or there should be eminent persons with the appropriate intellectual breadth and experience around but not beholden in any form to government who can spell out to those in Westminster just what reactions are taking place in our society often but not exclusively concerned with immigration, housing shortages and increasing disparities between the have far too much and the just about managing. The failure of policies and quangos operating under the control of the Home Office and MOJ and the inability to grasp that fundamental change must apply to the NHS as everywhere else can no longer be contained.  T.May`s pitiful attempts to explain conservatism as it is practised in SW1 are pitiful. Capitalism unleashed with no reins upon it is as dangerous for our society as Corbyn & Co preaching their brand of socialism like the sirens of old. The paradox is that that the more capitalism is allowed to rampage unhindered eg British Gas in a supposed market which is in name only the more Corbyn and his successors  can advance their cause just as the sirens did for ancient mariners. If that happens we`ll all be on the rocks.