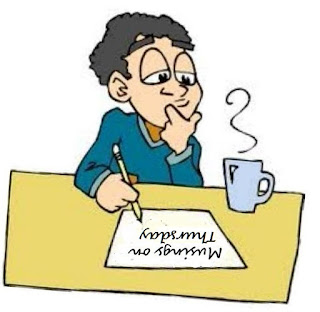 Occasionally a few stories/press releases/incidents occur which, given some imagination, can paint a picture of an organisation far better that a detailed investigation.

Next week the administration department at Telford Magistrates` Court, the only court in Shropshire now operating,  is being moved to Stafford; not earth shattering news except for all the inconvenience for those involved but for a comment from the MOJ.......
"It said a small number of court staff will be relocated elsewhere within the business". That single word indicates so much that is wrong within the MOJ.
The press room at Westminster Magistrates` Court is being closed on the grounds that it`s outlived its usefulness notwithstanding that that court hears some of the most important matters to come before a magistrates` court and is "home" to the Chief Magistrate.  Despite protestations from HMCTS along with many others I fear this is a further indication of government initiating restrictions on the reporting of courts` procedures.  It might be the very thin edge of a wedge but it is a portent for the future; a future which is not very bright.
Proposed flexible working, an HMCTS euphamism if ever there was, is broadly castigated by the legal profession but with one or two exceptions from senior ranks. More knowledge is often to be gained and just as often ignored when it comes from the troops rather than the generals.
I have remarked often enough that I am not an enthusiastic supporter of Sentencing Guidelines at least in their current proscriptive form.  An example of a judge`s idiosyncratic thought processes might suggest that my opinion has little validity in fact. This judge certainly poses an argument that Guidelines Are Good, Judgement Is Bad.